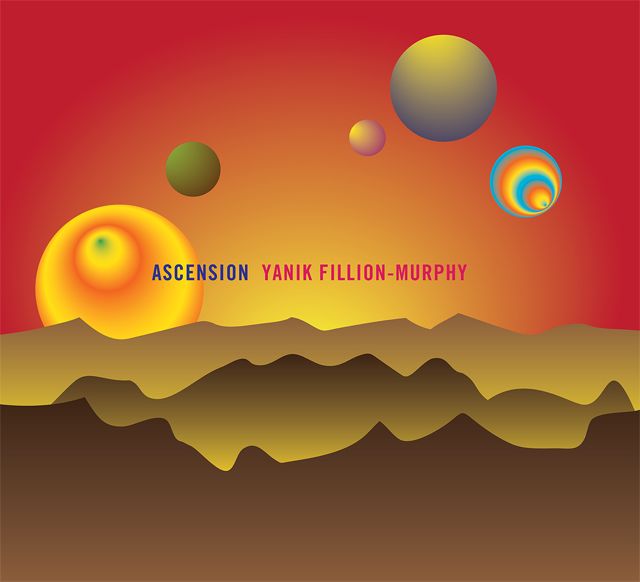 I had some time to work in Worms. This is an initial design for a music CD cover for a client. The client requested something more realistic, so the final cover will look quite different from this and I don’t mind showing this rejected approach. I was having fun with multiple suns in Illustrator.

Jan 16 – 21: I am running low on blogging steam, but want to remember what I did, so I will summarize these 5 days. I visited another old school friend, E., who lives in Worms in an old house and runs her own business from home, just like me. I brought my laptop along and worked a bit on Thursday and Friday, while she had to work as well. In the evenings we went out; Thursday night to a cosy bar with another friend of hers, and on Friday night we went to see a comedy show at a live theatre, about multi-tasking in the digital age.

Worms is the city of Martin Luther who revolutionized Christianity and supposedly said at the Diet of Worms “Here I stand, I can do no other, so help me God.” I know how he felt because the same applies to my passion for art, and to all artists’ passion for art and indeed, to everyone who was ever passionate about anything. I do not believe that one can lay claim to superior motivation by assigning it a divine origin.

On the weekend, we went to the sauna on Saturday morning for 6 hours, had a big breakfast there, then walked downtown to see an art gallery, had tea and a sandwich in a cafe for dinner, and walked home to crash on the sofa, tired from the sauna.

On Sunday, we drove to Frankfurt, had breakfast in the Kunstverein Cafe at the Römerplatz, went to the Schirn Kunsthalle to see a Caillecotte exhibit, saw an opera singer on Römer Platz, saw an old steam engine train by the Main River, went to visit a friend of E.’s, I., for coffee and later dinner, drove home through freezing rain and ice, watched “Troy” just to see Brad Pitt’s butt which appeared twice, otherwise I did not follow the plot, and then went to bed.

My funky room with leopard print bedding at my friend’s place in Worms. 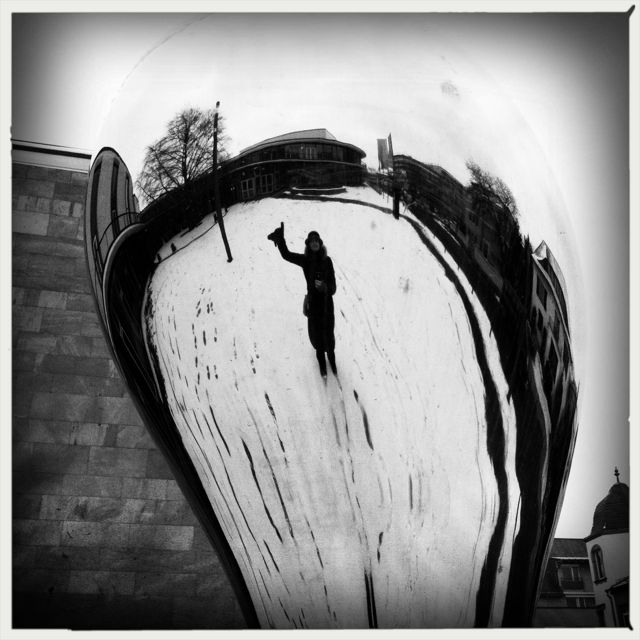 Reflection in a public sculpture in Worms. 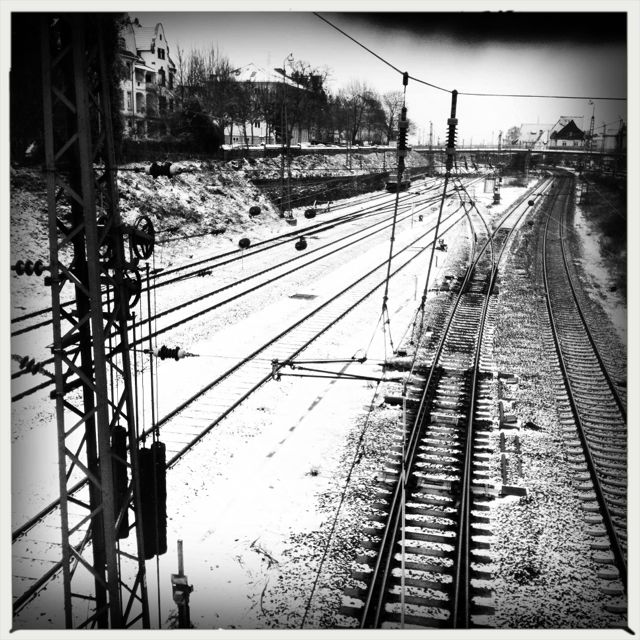 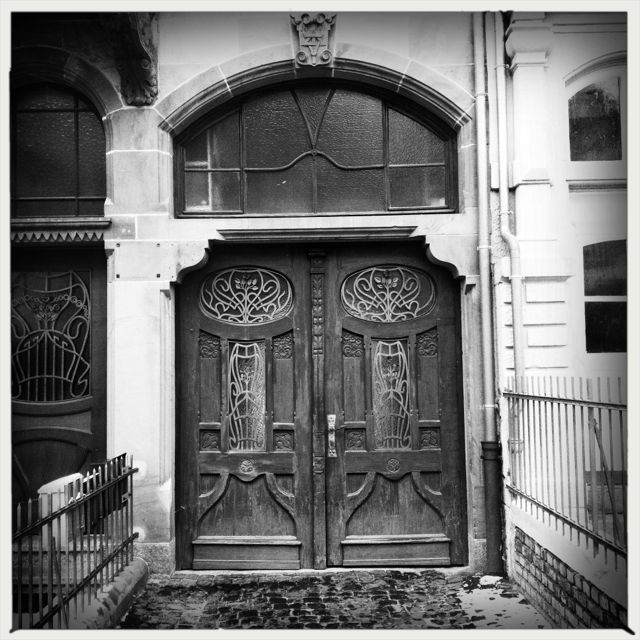 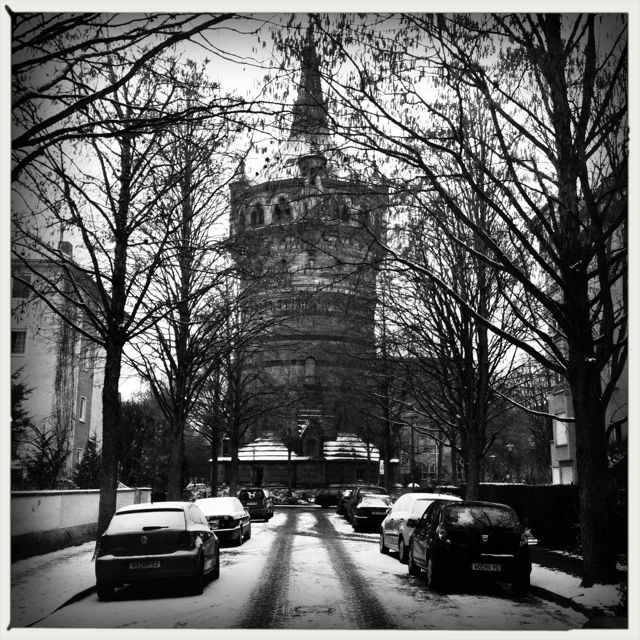 An old water tower in Worms. It has been converted to apartments. 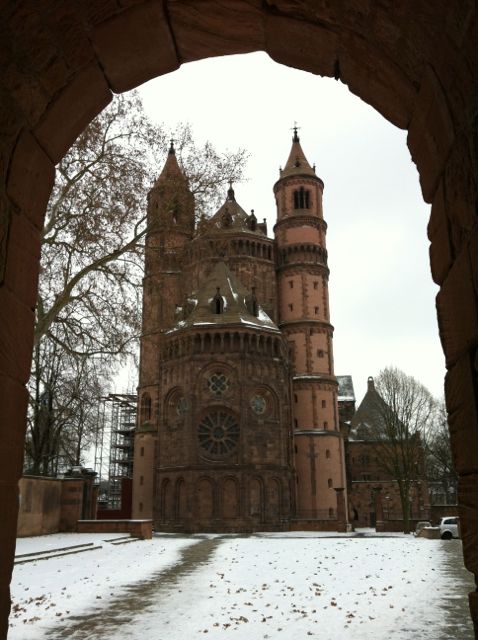 The “Dom zu Worms” (Dome at Worms) where Martin did his famous Luther thing. 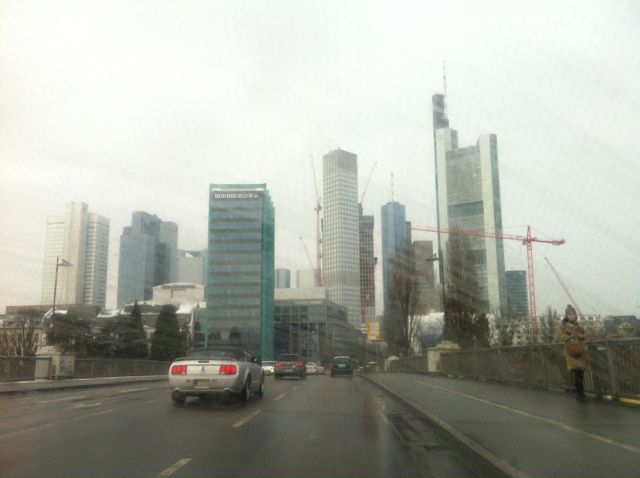 We are driving into downtown Frankfurt am Main, Germany. Now I know why they call it “Mainhattan”. 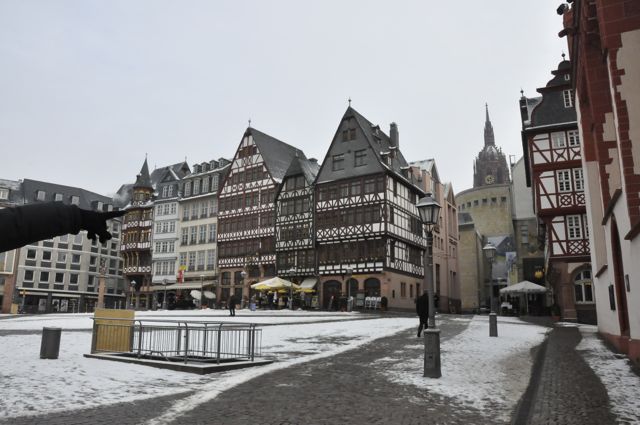 Only a tiny part of medieval Frankfurt remained after WWII, and even this was most certainly reconstructed.

This is a really nice cafe next door to the Kunstverein in Frankfurt. I was loving the architectural mix of modern and medieval. 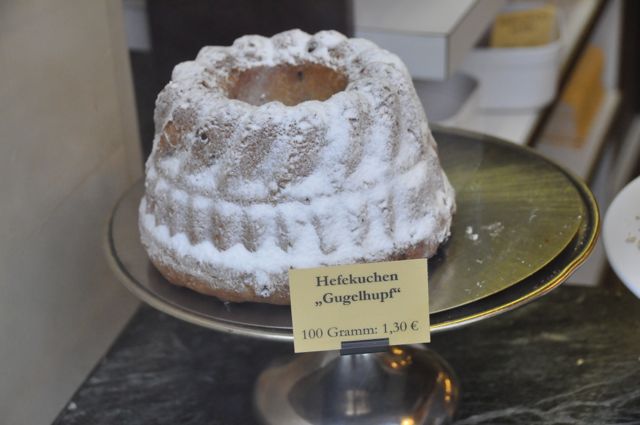 This picture is for my mother. This is a real Guglhupf, a pretty solid Austrian cake that my mother bakes as well. It’s pronounced “google-huh-pf”. 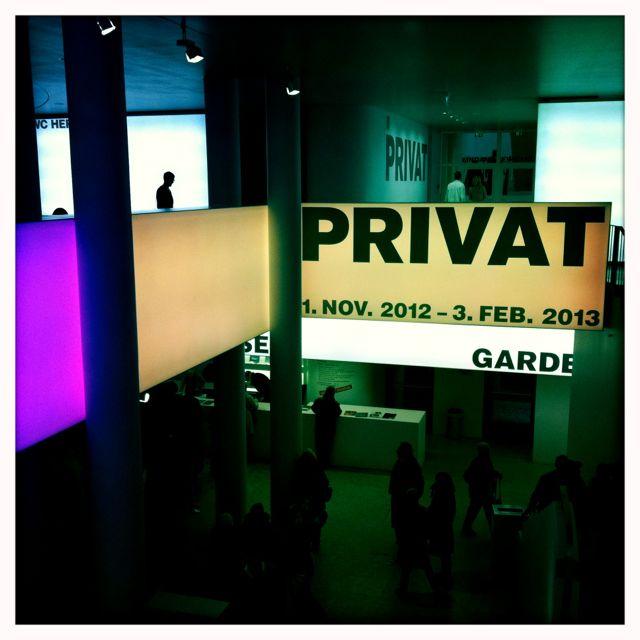 SCHIRN Kunsthalle in Frankfurt. We saw an exhibit on the work of the French impressionist Gustave Caillebotte but his work did not do much for me, it was very cool-toned and realistic. Also the gallery was packed (it was Sunday) and as Eva pointed out, there were a lot of smells from people’s perfumes, deodorants and shampoos. But I have great respect for Caillebotte’s work even though it doesn’t touch me. His famous painting “The Floor Scrapers” was there, and that was great to see in real life. 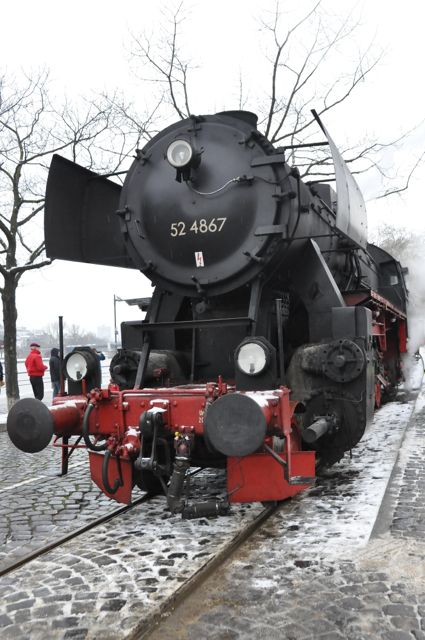 As we were about to leave Frankfurt, we encountered this steam engine train on the riverfront. Well, it was Sunday after all — that is usually when Germans take their steam trains out for a ride. 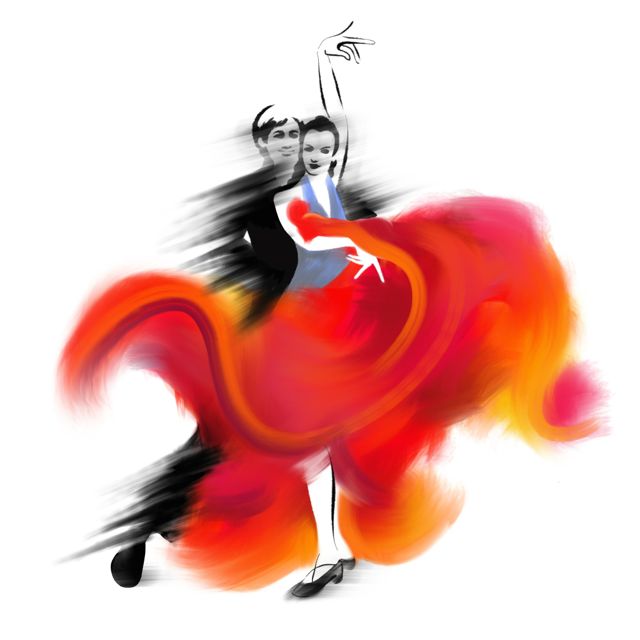 Practicing drawing salsa dancers on the iPad on the 5-hour train ride back to Berlin.