Drawing with a Paris meetup group

What I liked most about this museum were the display cases, beautifully crafted out of wood, glass and metal, and the way they were so precisely lined up in the rooms, creating strong lines of perspective to draw. 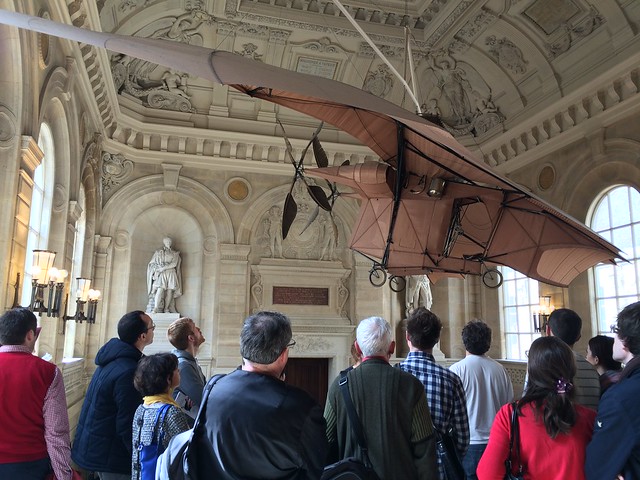 The museum had a lot of scientific instruments to measure stuff, and some early airplanes, and bicycles, and a Foucault’s Pendulum, which I promptly read up on Wikipedia. I had heard of it before, but couldn’t have explained what it was. Now I know a little bit. 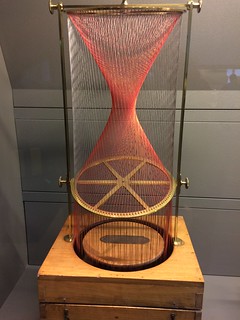 I drew some objects that I didn’t really understand at all, still I thought they were beautiful. Sometimes I don’t really want to know how a thing works, I am happy to be ignorant, I just appreciate it for its aesthetic appeal.

On May 3, I went to the Musée des Arts et Métiers (that means something like “Museum of Arts and Industry”, I think) to join a meetup group called “So sketch — carnets de voyage” that I joined and drew with last year when I came to Paris. So I recognized at least one person, the organizer for this event.

After about two hours of touring the museum and sketching, we reconvened in the lobby and moved on to the very nice museum cafe to have a drink and talk more about sketching and what we are all doing in Paris. Out of the 7 or 8 people, there was probably only one French person present, but most of the other people live in Paris permanently.